Five things we hate about IT at work. 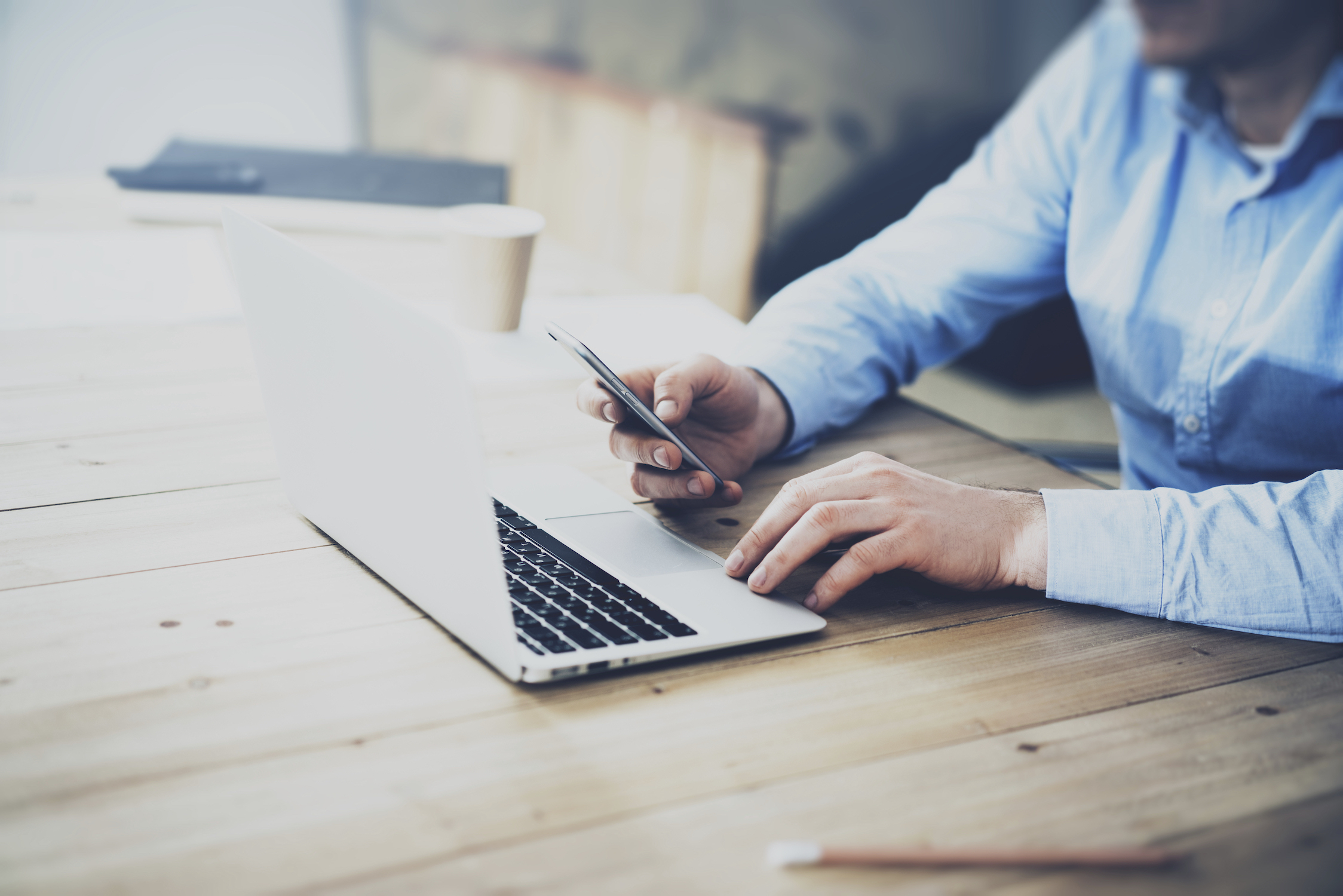 A modern office is essentially incapable of operating without a solid IT infrastructure.

However despite having such an important influence over the day-to-day running of a business the IT department, and especially the IT desk-side support team are rarely, if ever, at the top of the Christmas card list.

Usually it's exactly the opposite with many employees, and more than a few managers, regarding this essential support service as "annoying", "slow", and "only heard of when something is going wrong".

This is far from a personal issue that employees have with their IT guys, it is simply that they do only interact with this part of the business when they are having problems, and often get unreasonably frustrated when things aren't fixed instantly - when the simple reality of the situation means they can't be.

When it comes to work IT in general, and support services, there are often many things which come up time and again which rub employees the wrong way and in this article we take a closer look at some of the most hated aspects of digital, IT and support people in the modern office.

You might be the king of your day-to-day job, but nothing makes you turn into a pauper quicker than when your IT system crashes, or your devices stops working (which always happens at the worst time).

In these challenging times you instantly look to the knights of the IT support team to come to the rescue, only to be told they will have to take over your device and "play around" with it to figure out the problem.

This process can take a long time and sitting around watching the "IT expert" fail again and again with tests to make your device work leaves workers frustrated and gives the impressions that the IT team don't know what they're doing - the reality is many of the problems faced by employees require these "exploratory" tests to be carried out.

A business' IT support team doesn't wake up in the morning dreaming of providing poor service, but IT often requires certain procedures be carried out to fix problems.

Nearly half of all employees in the workplace hate the idea of "digital transformation" according to research.

But the fact that IT projects never seem to end and that each week, month - or day - someone gets in touch because the WiFi needs checking, or some innocuous sounding process needs to be carried out is a source frustration in any office.

Having to twiddle your thumbs when you're in the middle of something important to watch your mouse fly around the screen under control of someone else is not a good way to spend time and leads to lost productivity in the workplace and reduced employee morale.

Hate Number 3: "The dreaded New starter on-boarding - day one with no IT equipment"

Any employee who has gone to work in an office environment as a new starter in the last decade will understand the frustration of the "new employee IT on-boarding process".

Despite the fact that you've had months of interviews and your agreed start date is not exactly a mystery or unexpected event by the time you walk through the door for your first day - your computer never seems to be fully set up.

In fact, it is often the case that new employees spend much of their first day - the whole of their first day really - sat around watching everyone else get stuck into the work they want to be doing, waiting for the new shiny computer to be configured so they can use it, while also likely hanging on the hope that a free "team lunch" will help to break up the monotony of their first day.

Just imagine if all that configuring could be done before the new employee starts and their laptop or device sat waiting for them on day one.

Getting a better, more up-to-date device should be a day of joy for new workers as they say goodbye to their slow, unreliable and crashing equipment that looks like it was dropped off straight from the 1990s.

In fact, one client I once worked for actually embraced the embarrassment of how old its IT equipment was by naming its most ancient range of hand-me-down laptops "Heritage Laptops" - I did always think that next would be some UNESCO "World Heritage" badge stating the the equipment was now considered to be "IT equipment of significant historic value" - but I digress!

Unfortunately too many employees, and managers, now the experience of losing a day waiting to have their device "switched over".

This process is not just simply handing over a laptop for a new one, but then waiting in line until your new device has been configured and cloned to your setting and then testing to make sure everything is there that should be - which often leads to new problems.

From a business perspective, these processes or a short-term pain for long-term gain situation, but for employees going through the process, it is simply painful. Not to mention the lost morale  and confidence in the IT department which can take some time to get back.

A new, user friendly system is needed to make this process smoother and simpler for employees to be a part of and be much more convenient than it currently is.

It used to be that work IT and support were so much better than what we had at home. I'm sure we can all remember some relative or parent proudly coming home with some wonder of technology which they had "borrowed from work", to the amazement of the family.

Nowadays this has completely changed, each of us carries a super-computer in our pocket in the form of a personal smart-phone, and uses the beautiful seamless "omni-channel" services provided by every retailer, from tech-giants like Amazon or Apple, to luxury brands like Burberry or even high street names like Argos. With each of them, whenever you place an order you are presented with a wealth of information about where your item can be collected, or when it will arrive, down to what your drivers name will be (and probably what star-sign he is).

So it has become ever more frustrating for office workers to experience the "black-hole of IT" where every time you order IT equipment it disappears into a mist without any information on how the order is progressing, or how you will eventually collect your item. Even once you have been told you can collect your equipment, you then have to play the well-known game of "Hunt for the IT Guy" - trying to track down your one and only IT support guy, who apparently has your item locked away in a cupboard somewhere, as he wanders around the office fixing other problems, or worst still, is always on lunch when you use your lunch break to go get the item.

One of the things that each of the above issue have in common is that - at some point - they rely on a human touch point in the process of getting anything done.

Whether this is calling a member of the IT support desk, waiting for IT support to make an office visit or waiting for engineers to finish configuring your machine before you get it back, much of the problem solving within business IT is done in front of the employees.

This, however, does not need to be the case going forward and automation coupled with the use of consumer systems like Smart Lockers, can remove many of the pain points within IT projects, freeing up IT staff to get on with important business changing projects, and allowing employees to have their problems fixed quickly, and in the background.

Smart Lockers present an ideal solution to the current IT problems.

They can be installed in any location and, with Velocity's industry-first ServiceNow Smart Collect app can easily be integrated with your own IT request portal which can enable employees to "order" new equipment when something goes wrong (without having to speak to anyone) and then go and pick up a new device and drop their old one off to be picked up and fixed.

With the automation of tools like Microsoft SCCM, the new devices can even be configured and cloned to the user's specific files and systems in the time it takes them to go and pick up the device - instead of the current three days it takes an IT ticket to be completed on average.

Smart Lockers also have the added safety aspect of requiring a specific digital key - in the form of a unique barcode emailed to the user when they raise an automated ticket - and the request portal can also allow the IT department to automatically monitor the usage of lockers, and raise tickets to collect damaged equipment and restock items which are low on stock.

This ensures a transparent chain of equipment being taken and replaced from lockers, while improving employee and manager confidence. In fact analysis by Velocity shows that employee Net Promoter Score values (a measure of internal Customer Satisfaction) increase by an average of 29 points when employees use Smart Lockers for equipment collection when compared with traditional IT deskside teams.

Business reputation is also an aspect of Smart Lockers which cannot be ignored.

The new starter on-boarding process is already one problem area we've touched on.

Using Smart Lockers, any new equipment can simply be left in the locker and configured by an IT engineer using the cloud to ensure the new device is up and running before any new starter turns up.

Using their individual barcode the new starter can simply remove their device from the locker, turn it on and start working from the minute they arrive - rather than sitting around thinking their new employer can't even get ready for their first day.

There is no question that IT will continue to be a central part of any modern office or general business environment, which inevitably means that IT support will remain a part of employees' lives.

Much has been made about automation removing the need for human interaction within the workplace and Smart Lockers can certainly help initiative this shift towards a more automated support system.

But rather than replacing IT support staff out right, Smart Lockers actually just remove the mundane, time consuming and repetitive need to drop off and deliver equipment to disgruntled employees and frees them up to deliver more important IT projects to business.

Employees also benefit because their IT problems get fixed much quicker, infact research by Velocity has shown that Smart Locker requests are up to 95% faster than traditional deskside support teams; the dreaded 3 day average wait is now down to minutes.

Moreover, it also removes the headaches of sitting around for hours at a time while an issue is resolved. It also plays heavily into the reputation of employers who can essentially "hide" their IT processes in the background and present a business in which on-going IT issues are a thing of the past.

If you want to know how to implement Velocity Smart Lockers into your business' IT desk-side support, why not download our latest eBook.

What Covid-19 Taught Businesses About Remote IT Support

Get in touch with Velocity... it’s fast and easy

Fresh from our blog